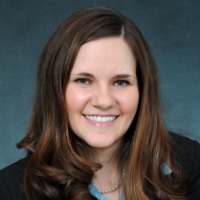 The highly dynamic field of genomics has rapidly shaped our understanding of hereditary disorders and the implication of genomic variation on human health. The inner ear and brain are remarkably complex organs, comprised of many hundreds of genes that are susceptible to genetic variation. Current molecular genetic diagnostic rates for hereditary hearing impairment signal several major gaps in knowledge, including an incomplete understanding of genes, recognition and characterization of the non-coding genome’s contribution to hereditary hearing loss and the enormous burden of variants of uncertain significance in known genes. All three of these areas have the potential to impede diagnoses and prolong the diagnostic odyssey experienced by so many families.

To support ongoing and future translational efforts at the Institute for Auditory Neuroscience and InnerEarLab, our group aims to advance understanding of the molecular physiology of the auditory system by discovering new human hearing loss genes and characterizing variants in known genes identified through the use of exome and genome sequencing data from undiagnosed families. Furthermore, we are interested in understanding the relationship between genetic variation and clinical heterogeneity and how this impacts aspects such as cochlear implant outcomes. We aim to unravel new genes and the functional impact of variants using rodents and in vitro cell model systems.

Our long-standing projects are: