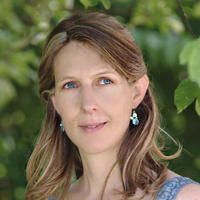 Our group is interested in the molecular and cellular mechanisms governing the fast encoding of sensory information in the inner ear. Our focus is the neurotransmission in vestibular hair cells (VHCs) of the otolith organs. Vestibular epithelia in higher vertebrates contain two types of hair cells that differ in structure and function. Both encode vestibular signals at unconventional, ribbon synapses and drive some of the fastest and most accurate reflexes in the body. We are particularly interested in the function of a unique calyx synapse of the type I VHC, which has only evolved late in evolution. Patch-clamp recordings together with calcium uncaging and imaging will provide us a comprehensive analysis of excitation and secretion. We further aim at determining synaptic differences among the two types of VHCs, which will provide clues as to their precise functions in balance sensing. Current research on cochlear hair cells has started to reveal a unique, unconventional synaptic machinery of these mechanoreceptor cells (reviewed in Rutherford and Pangršič, 2012). Despite much effort, only few cochlear hair cell synaptic proteins have been identified so far and even less is known about mammalian VHCs, which might share some of the molecular specializations but clearly not all. To identify the molecular determinants that govern sensory encoding at the vestibular synapse we plan to screen the vestibular function in mice with genetic manipulations expected to affect the synaptic function by behavioural and systems physiology tests, performed in collaboration with the group of Nicola Strenzke. We are planning to investigate mutants with observed vestibular dysfunction using a combination of functional, structural and molecular approaches to gain a better understanding of the vestibular function.